Our roots run deep in the Three Hills community. In fact, Kirk’s has been around for more than 100 years! That’s quite the legacy, and one we are proud to be a part of and happy to continue.

Our founder, Roger Pringle Kirk, started the business in the early 1900s. Looking for a fresh start, he moved to the Three Hills area and started selling barrels, books, Bibles and bathtubs door to door. Eventually working his way into local homes and farmsteads with his much-needed tinsmith skills, he was able to establish a local shop space in the 1930s. Roger and his business became an integral part of the community, fixing everything from milk pails and radiators to custom sheet metal and, of course, keeping homes warm by making and installing furnaces. His innovative Alberta Winner furnace can still be seen today in the local Kneehill Museum.

In 1971, Vernon Wiebe, who had worked previously for the business, partnered with Norris Kirk, grandson of our founder Roger Pringle Kirk. They rented the shop from Jim Stewart, then owner of Kirks Heating Ltd., for the first two years and then moved to a rent-to-purchase agreement in 1973. After owning the business from 1968-1971, Jim Stewart returned to full-time farming in the Three Hills area. By 1978 Vernon and Norris proceeded with a patent for Roger’s famous Alberta Winner coal furnace and stoker. Vernon’s wife Sharon Wiebe joined Kirk’s as office manager and would do so for more than 40 years. Kirk’s also started to focus on natural gas furnaces and pursued various shop contracts with firms in Central Alberta in the 1980s.

In October 2014, AJ Walker and Jeannette Austin took over and started construction on the present-day Kirk’s Heating & Custom Sheet Metal location. In July 2015, the necessary equipment from downtown Three Hills was moved to the new building on 17th Ave NE. The transition took more than nine months of planning and was completed in four hours with two forklifts, one flat bed truck and 10 men. The equipment was in its new home and we opened our doors for business that summer.

We are privileged to have such a heartwarming — and home-warming — history in our community. Over the years, as the industry and the community have changed, we’ve adapted, improved and experienced significant growth. In 2018 we expanded to include refrigeration and air conditioning services. Just as the Kirk’s owners before us, we have the same values of integrity and a deep commitment to our community. We are happy to provide only the best services and quality workmanship to our Kneehill community. At Kirk’s Heating & Custom Sheet Metal, our goal is to create a family atmosphere. We are a small but efficient team. Our technicians are all SAIT-certified.

Cal has worked at Kirk’s Heating since 2015. Cal has more than 25 years’ experience in customer service and management in the Three Hills community. His favourite part about working at Kirk’s is the satisfaction in taking a project all the way through the design stage into manufacturing, installation and the final stages of finishing. Cal does all our CAN/CSA F280-12 and HRAI Duct Calculation services and is a big part of planning out jobs. You will see him doing quotes or onsite at all HVAC installations. Cal is a member of the Warhammer Community in Three Hills and has been known to win a tournament or two. Cal considers his greatest achievement his two lovely kids and getting the most beautiful woman to marry him.

Mitchell grew up in Three Hills and after graduating from high school he decided to pursue a career in the trades. He started working for Kirks in 2014. His favourite part of working here is the shop work — working with a customer’s idea and turning it into a real-life project. Mitchell does most of Kirk’s shop work and he can also be found on HVAC installation jobs. Mitchell enjoys playing video games, tabletop war games and basketball. His favourite place to have visited was Vimy Ridge, France.

Joe is a twin and the youngest of 10 kids. After high school he served in the US Military and spent his first three years of service in Hawaii. It’s still one of his favourite places to visit. Joe attended Prairie Bible College in the early 2000s and met his wife through mutual friends. His favourite part about working at Kirk’s Heating is the family-like atmosphere and his co-workers. Growing up he wanted to be a mechanic for farm equipment and trucks. Joe has been in the HVAC industry for more than 10 years, and you will find him servicing furnaces throughout the winter months and on HVAC installation jobs. He enjoys basketball, building things and hunting (bow and gun). He is incredibly proud of his beautiful wife and their family.

AJ grew up in Three Hills and after high school decided to pursue a career in the trades. He grew up around Kirk’s and his first job was picking up metal on the shop floor for $1 an hour. In high school he did odd jobs around the shop for his grandparents. AJ has a passion for traveling and some of his favourite places to visit are New Zealand, South Africa and Hawaii. AJ is also an avid biker. He mountain bikes, downhill bikes and rides a BMX. AJ and his grandparents have run the Three Hills non-profit skate park, Genesis Bike and Board, for the past 18 years. His favourite part about working at Kirk’s is the opportunity to teach and work alongside the staff and help them reach their goals. AJ married his best friend and together they are raising their three boys.

Jeannette spent much of her childhood in Kirk’s Sheet Metal Shop – her parents were the previous owners – cleaning shop windows every summer and eventually working on shop projects. She is now an owner. Jeannette is also the principal owner of Excello Consulting, specializing in strategic planning, facilitation, management coaching and training.

Jeannette has more than 15 years of municipal government experience in Alberta holding positions such as Director of Operations and Director of Community Services for municipalities in Alberta. She also recently served three years as President of the Three Hills and District Chamber of Commerce. In addition, Jeannette has retail management experience with both small and large companies within Alberta and British Columbia. She holds her Local Government Administration from the University of Alberta and her Recreation Administration from Mount Royal University.

Thea came to the Three Hills community after receiving her Bachelor of Arts degree from Concordia University in Edmonton. She is fluent in French and English, and has worked in office administration for over ten years. Thea’s favourite place she has lived is a dairy farm in Courcelles-en-Montagne in the Champagne region of France. One of her favourite places to visit is Hawaii. Thea is married to her favourite person and they are attempting to keep their three little boys out of mischief. Her favourite part about working at Kirk’s is brightening people’s day when they visit or call the office.

Our shop is a unique mixture of classic and modern equipment that is priceless to our business and enables us to provide custom sheet metal and fabrication work for any type of project. Our 6-foot press break, 8-foot hand break and 8-foot sheer have been used daily for more than 65 years for custom sheet metal projects of all types. Generations of tinsmith tools and patterns line our shop walls, speaking to our history and expertise, and always at hand, ready for your next project. 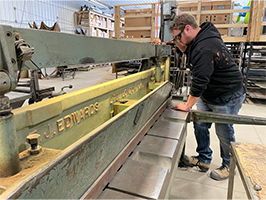 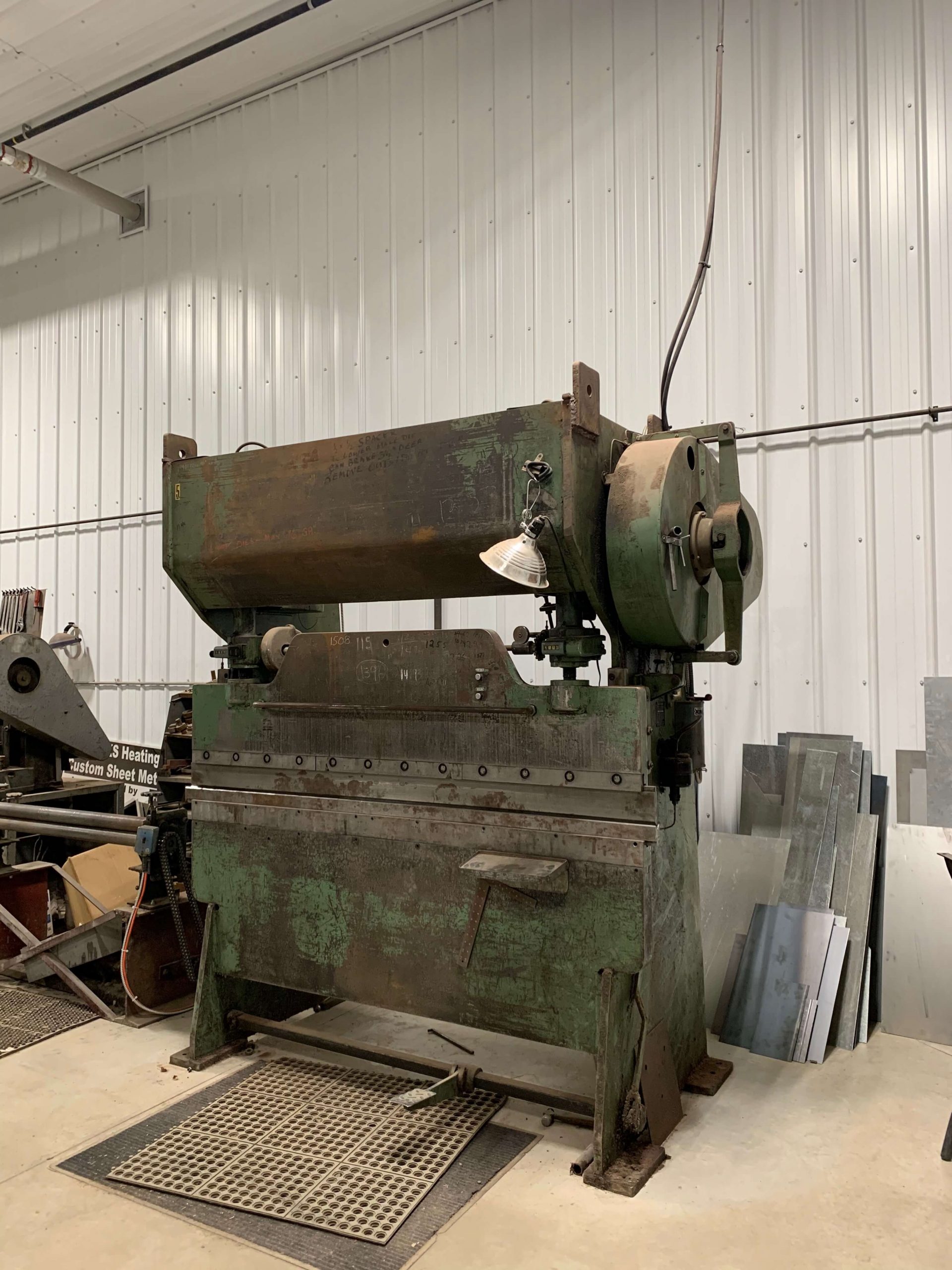 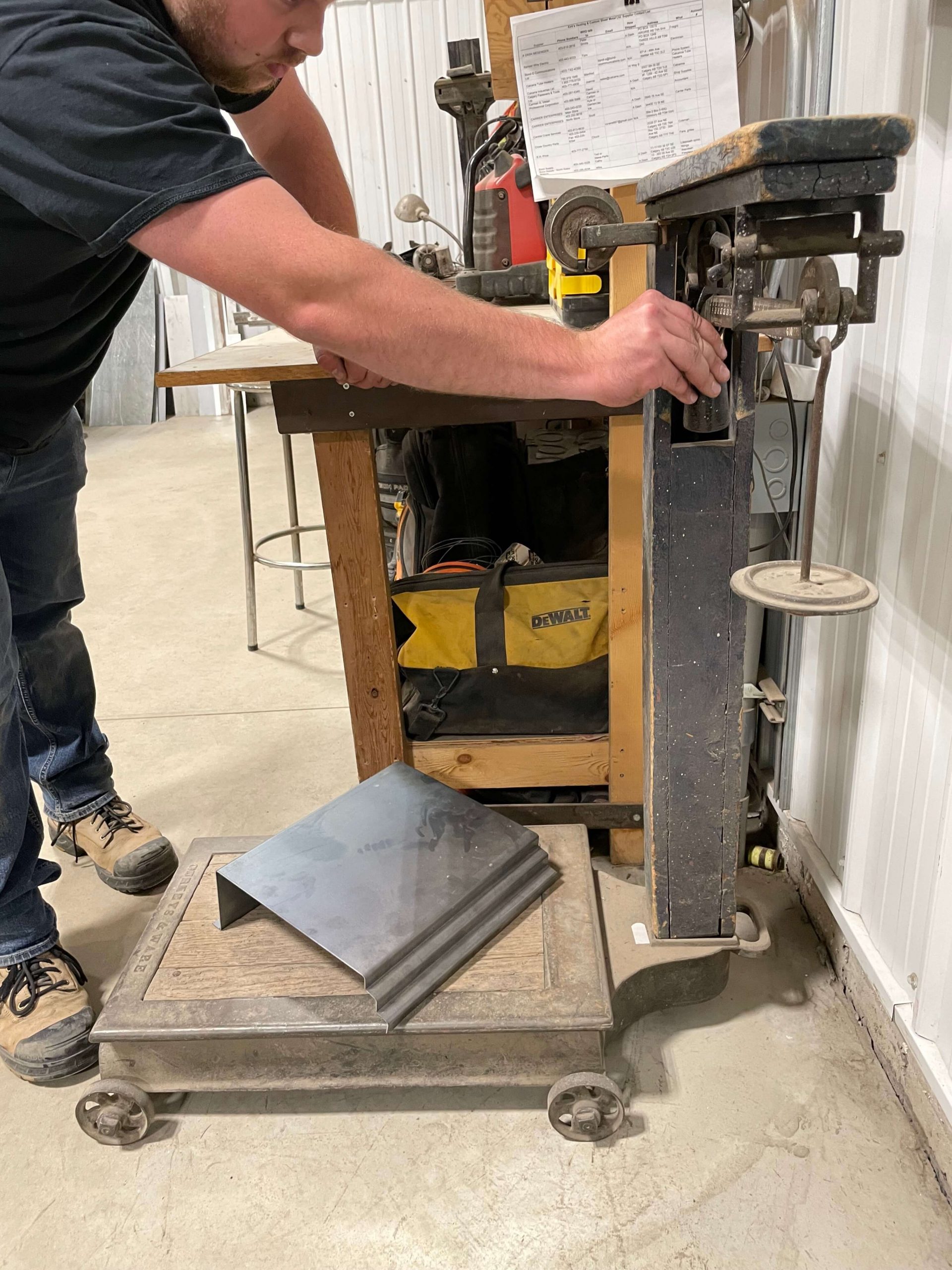 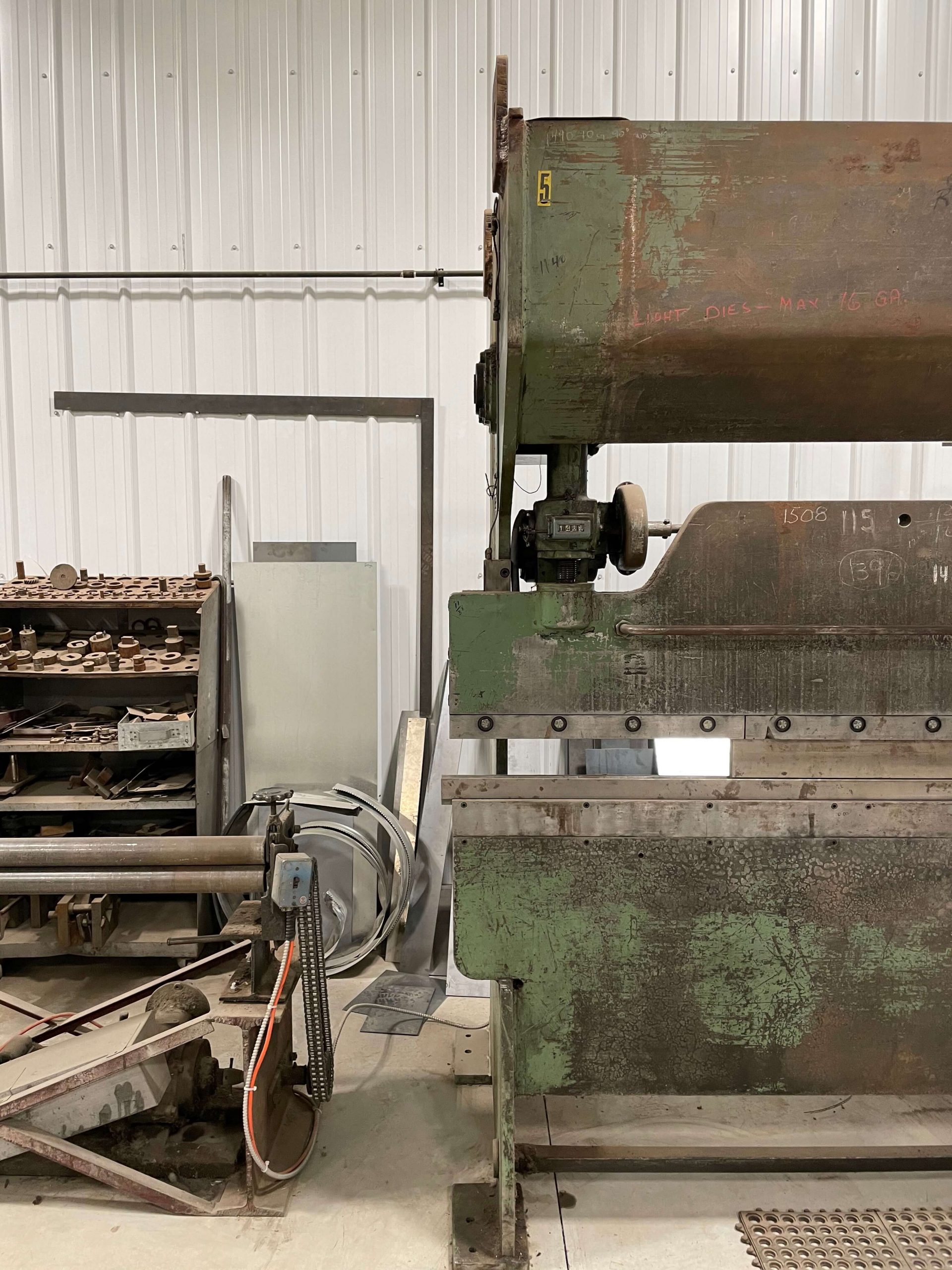 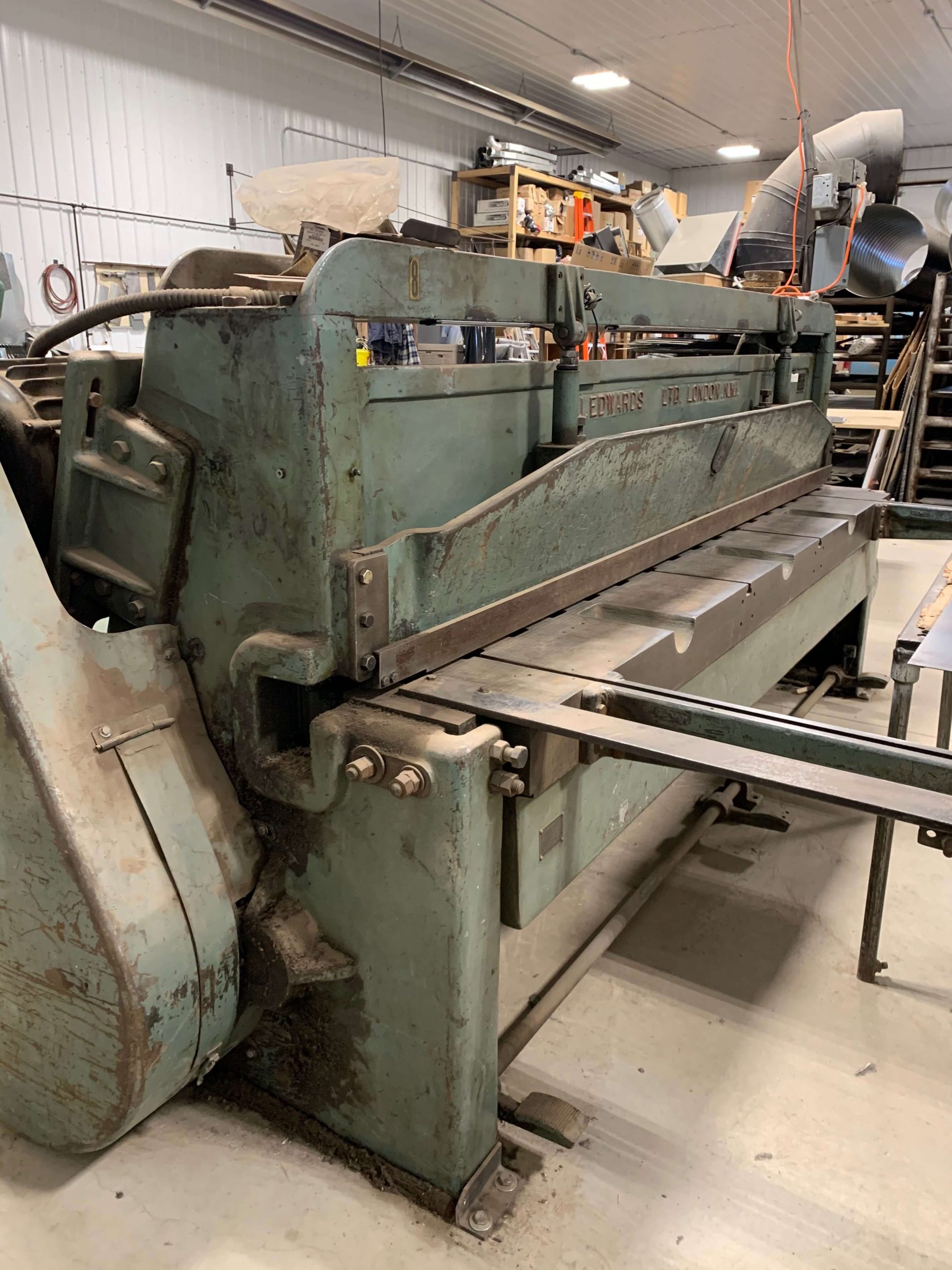 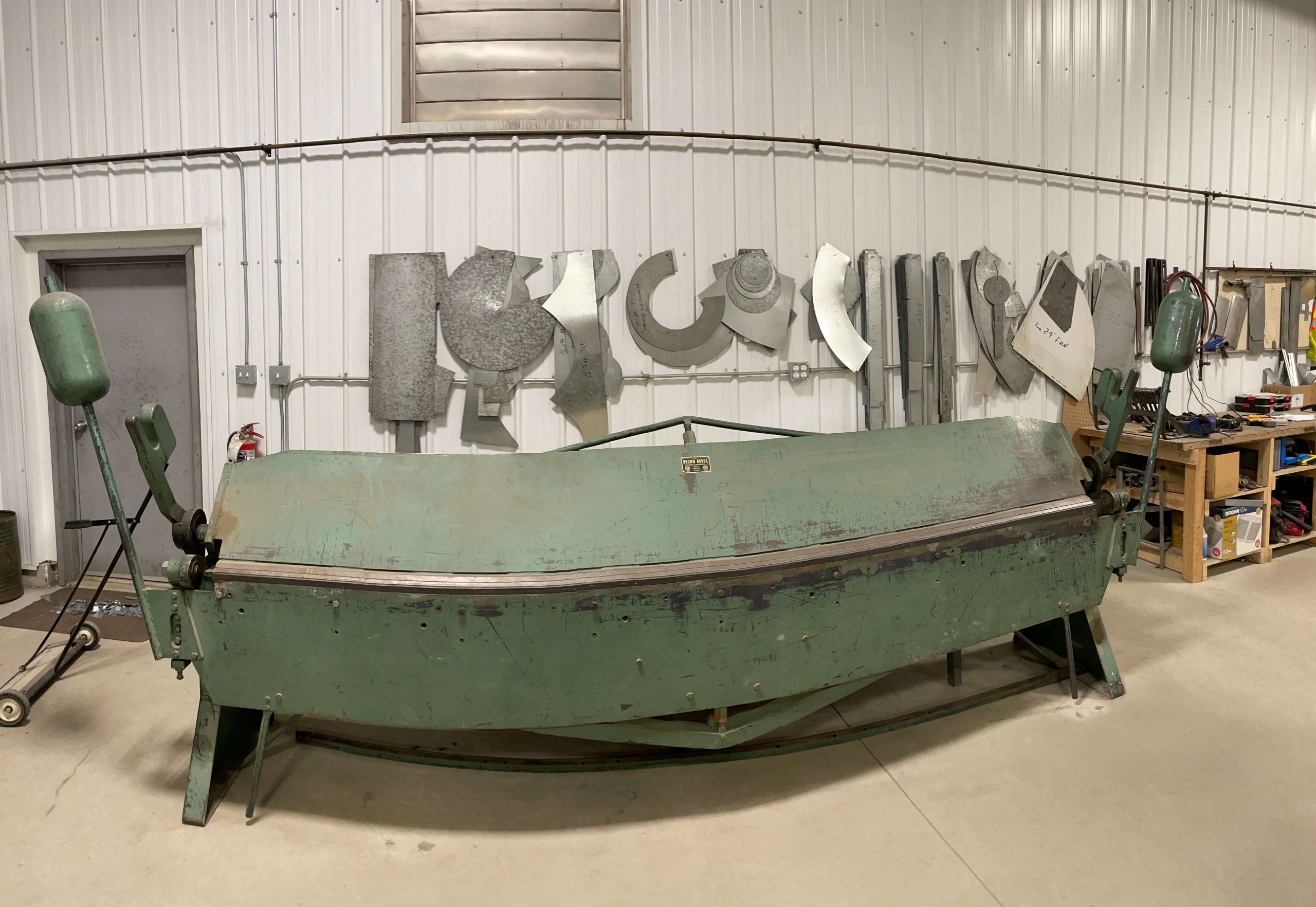 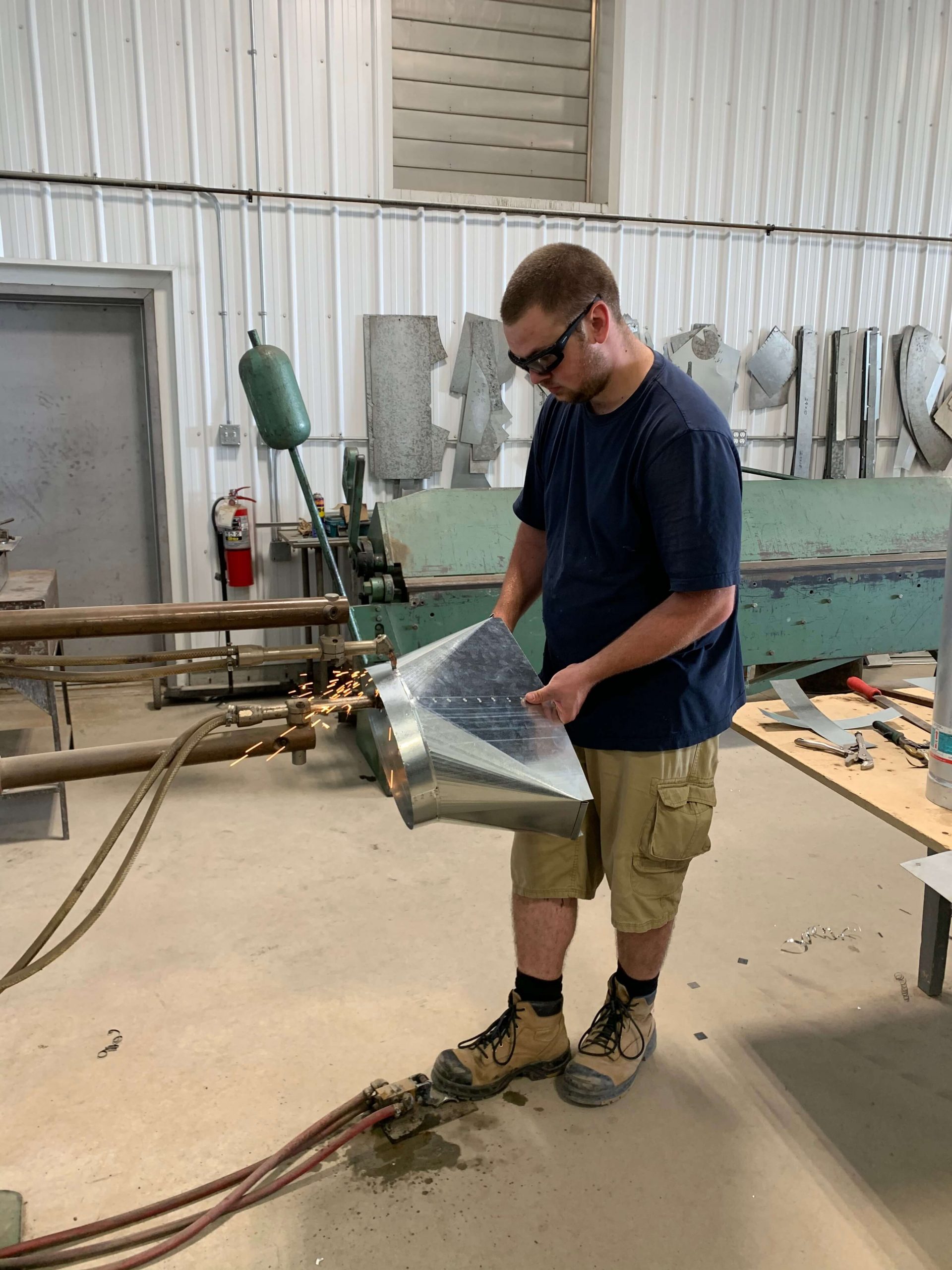 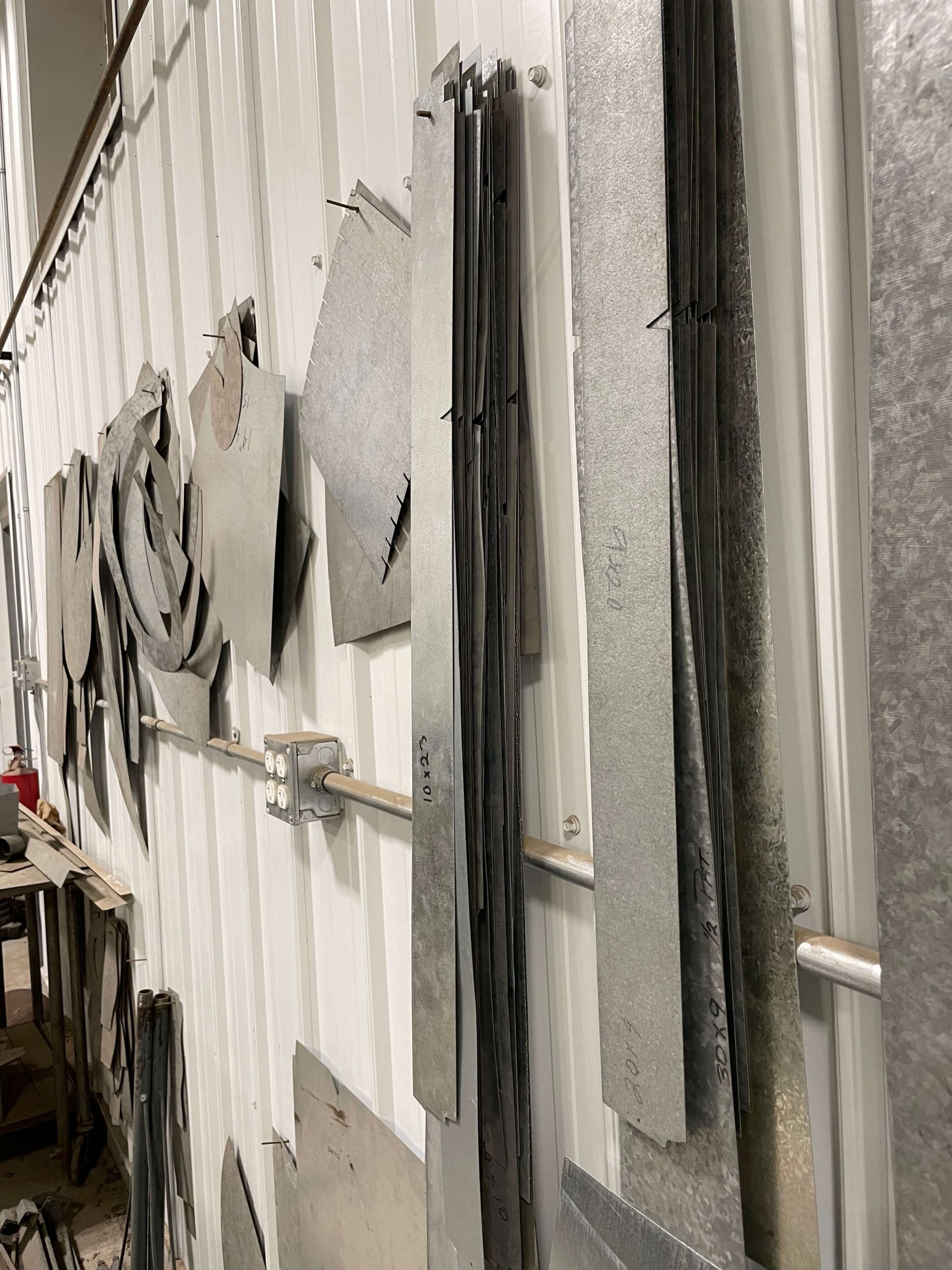 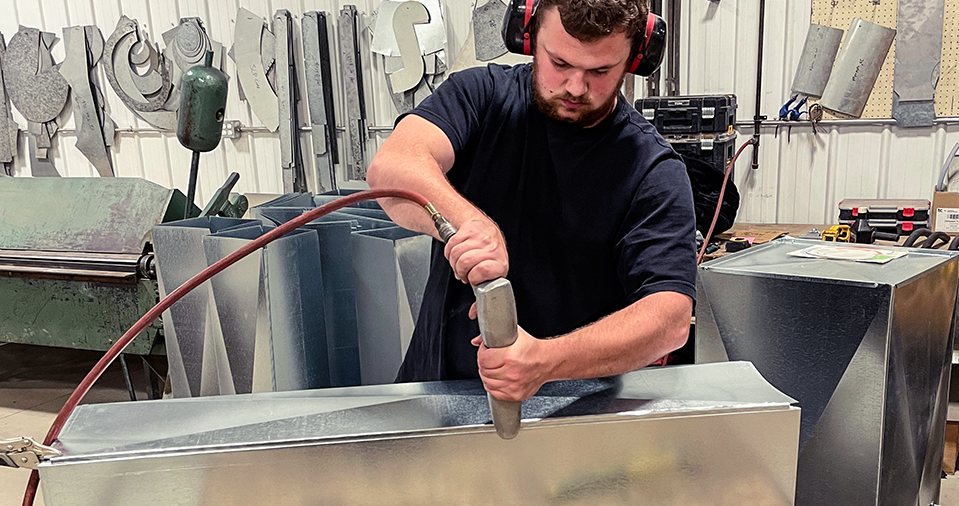 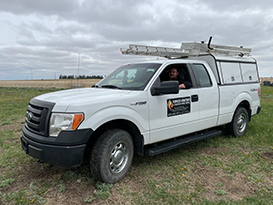 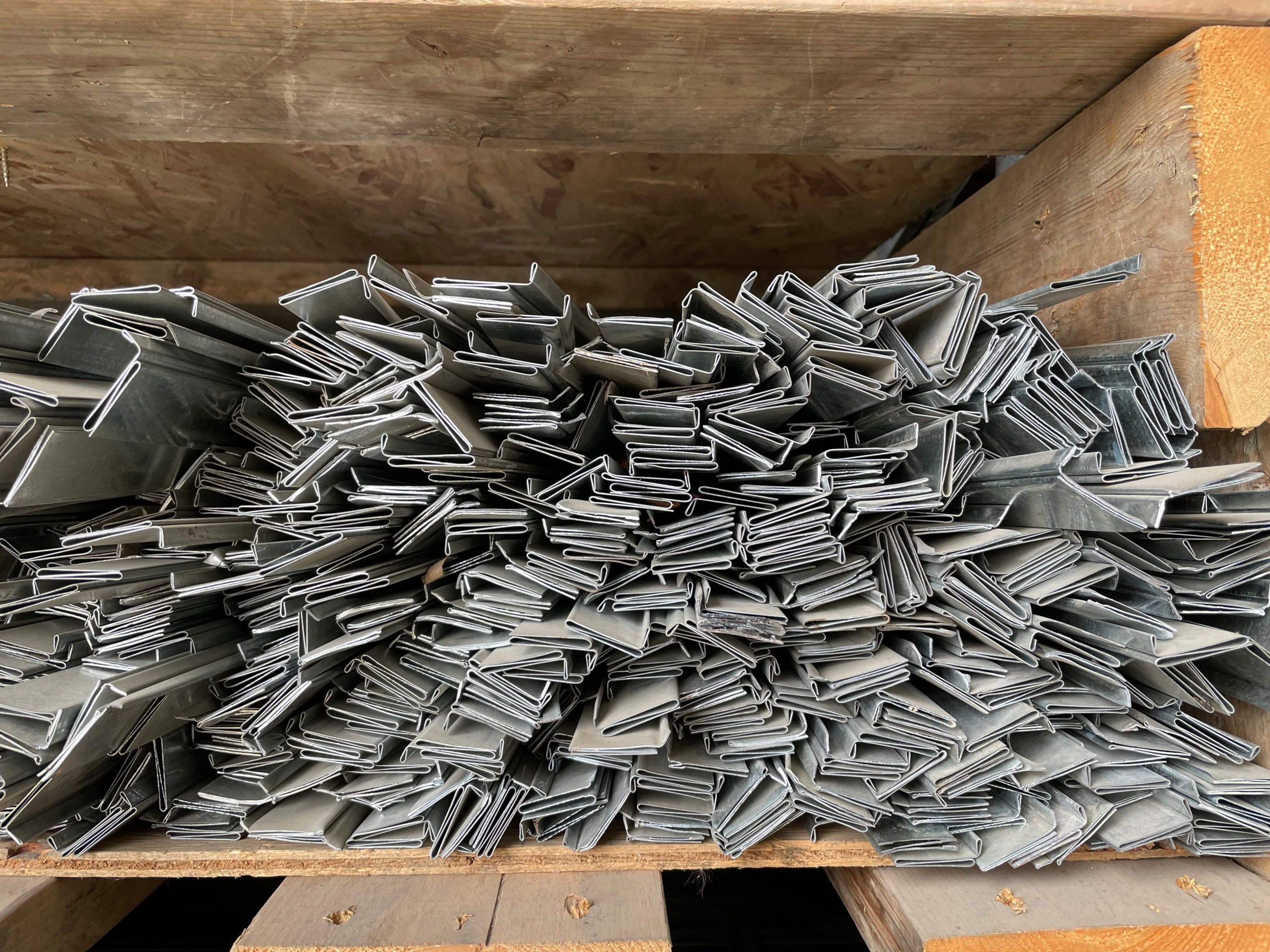 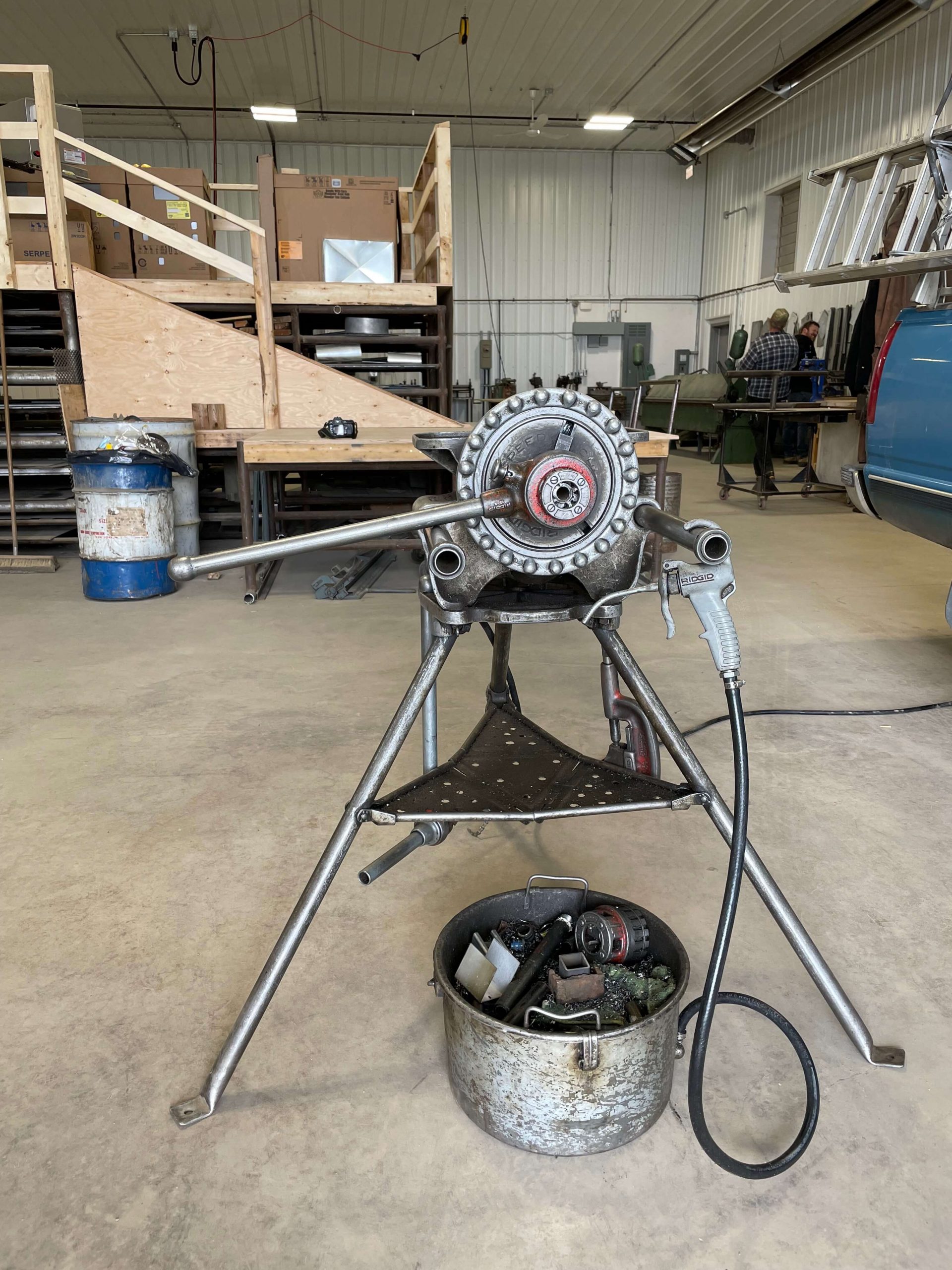 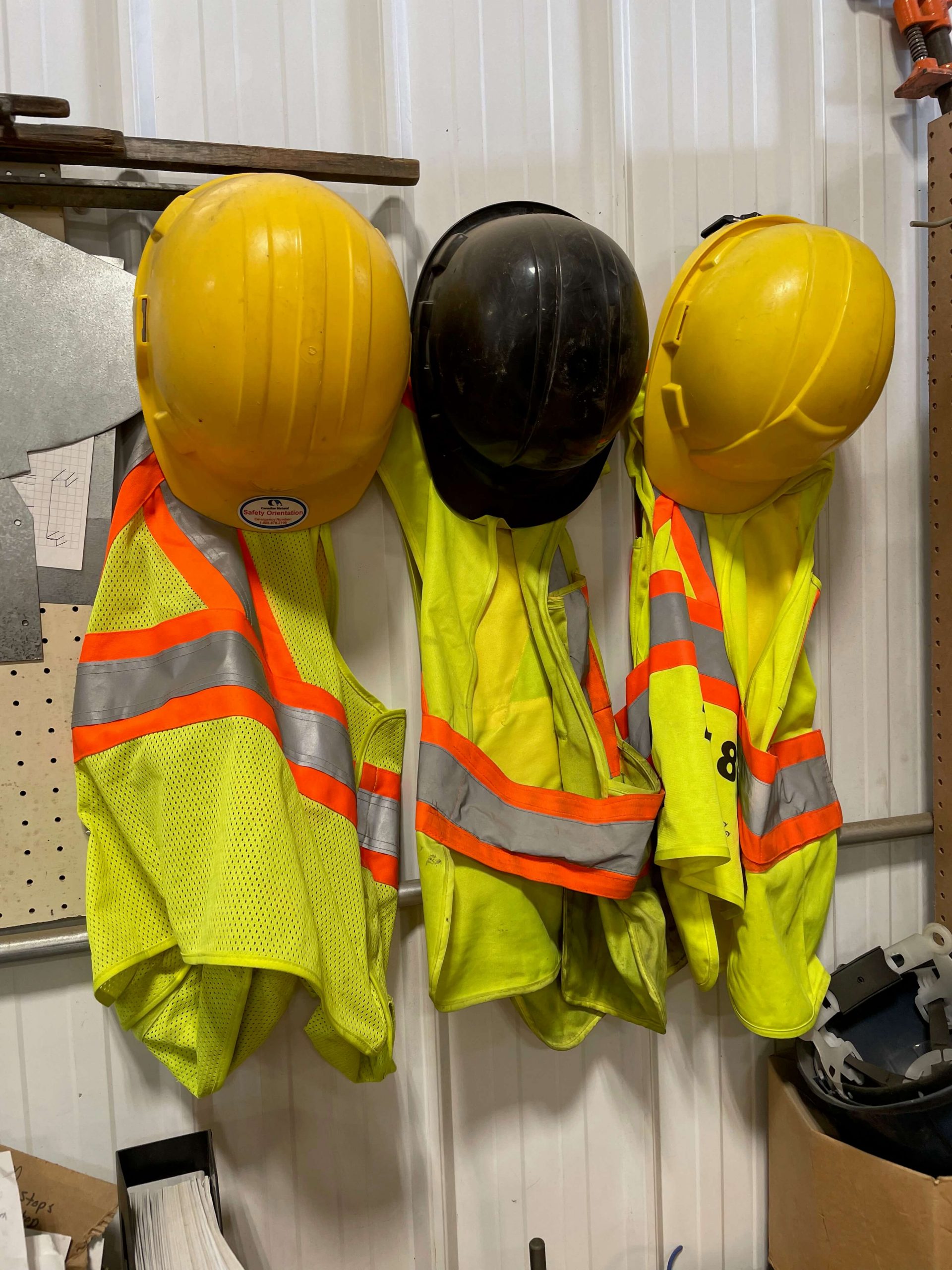 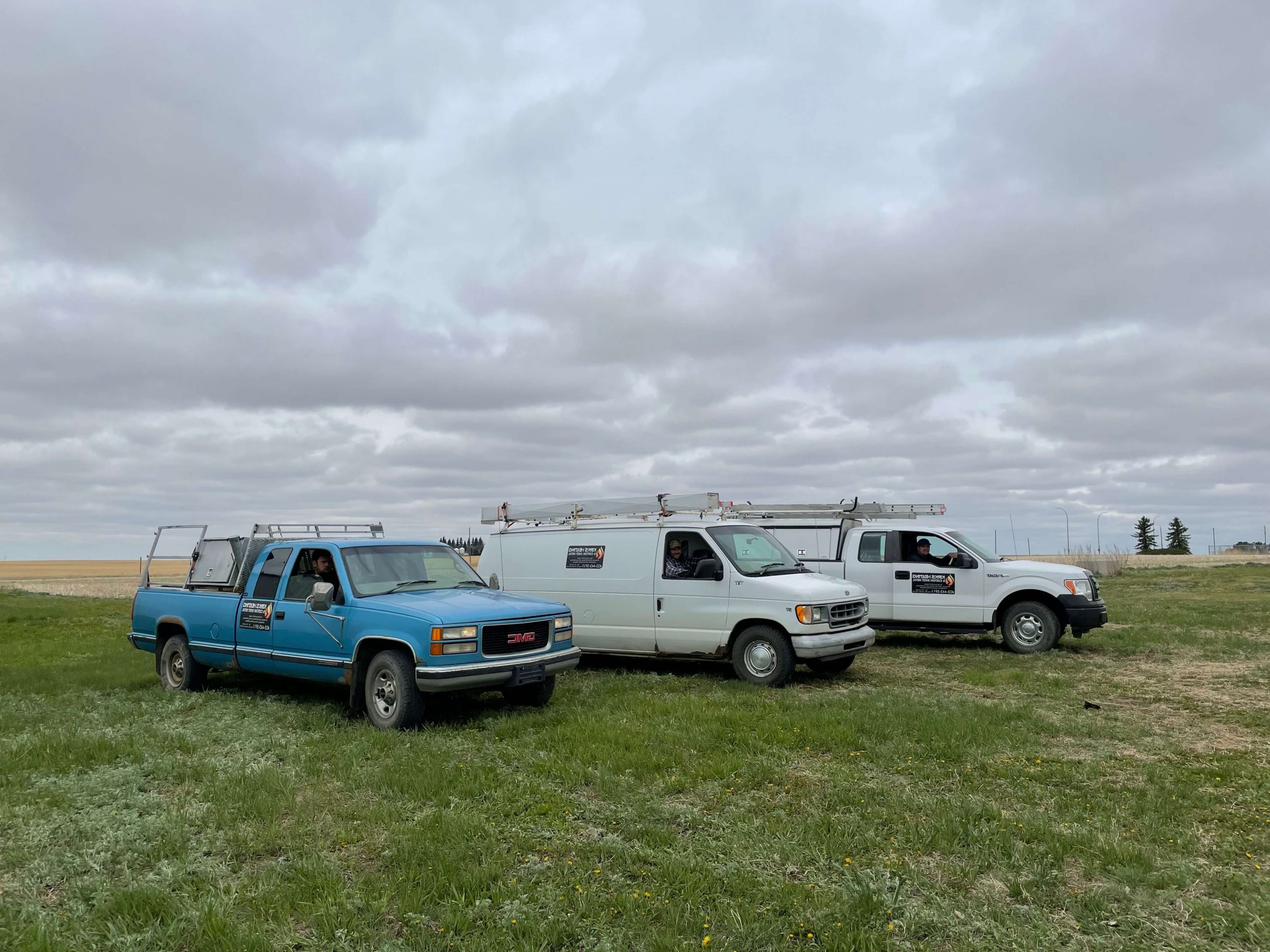 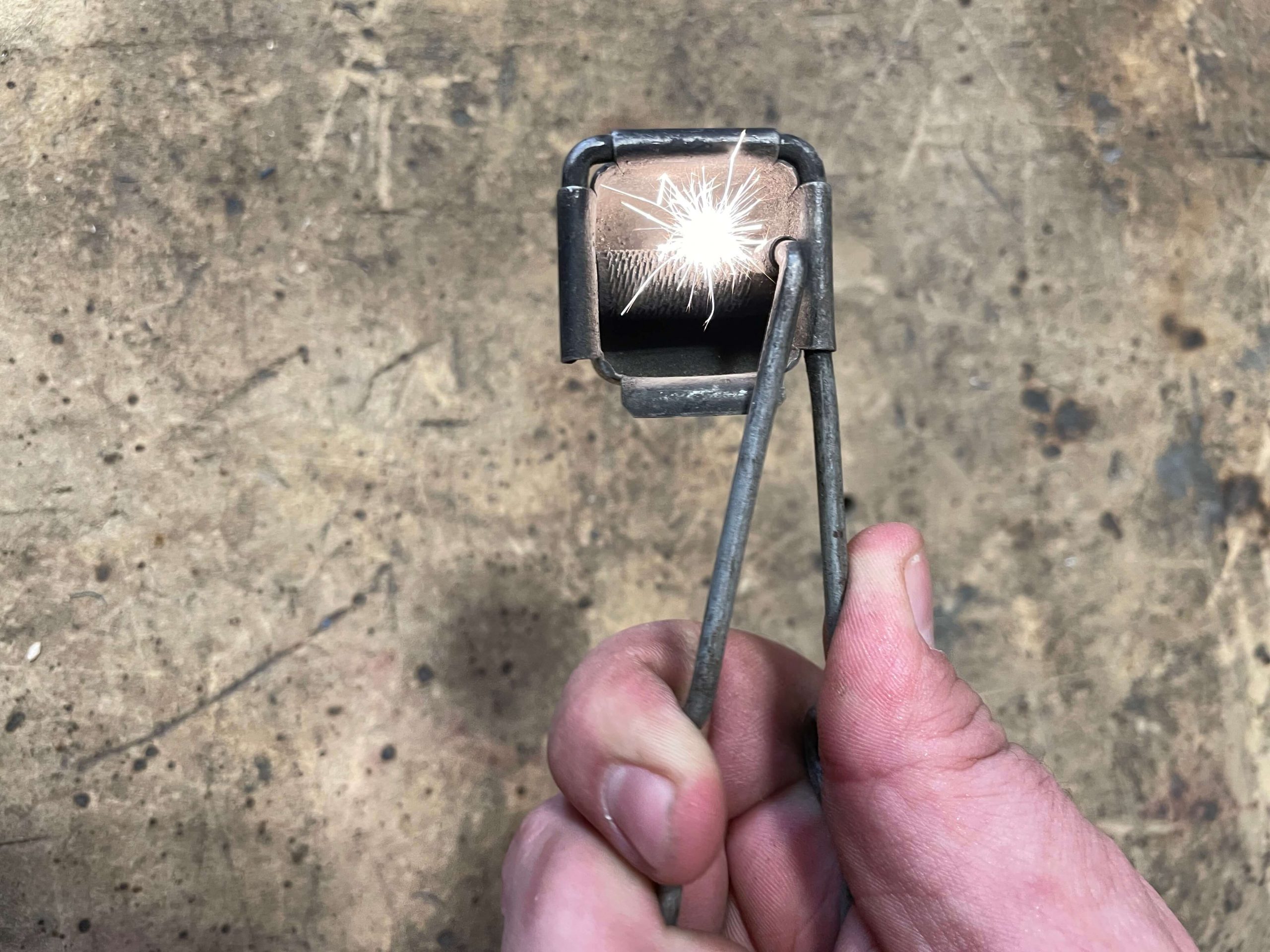 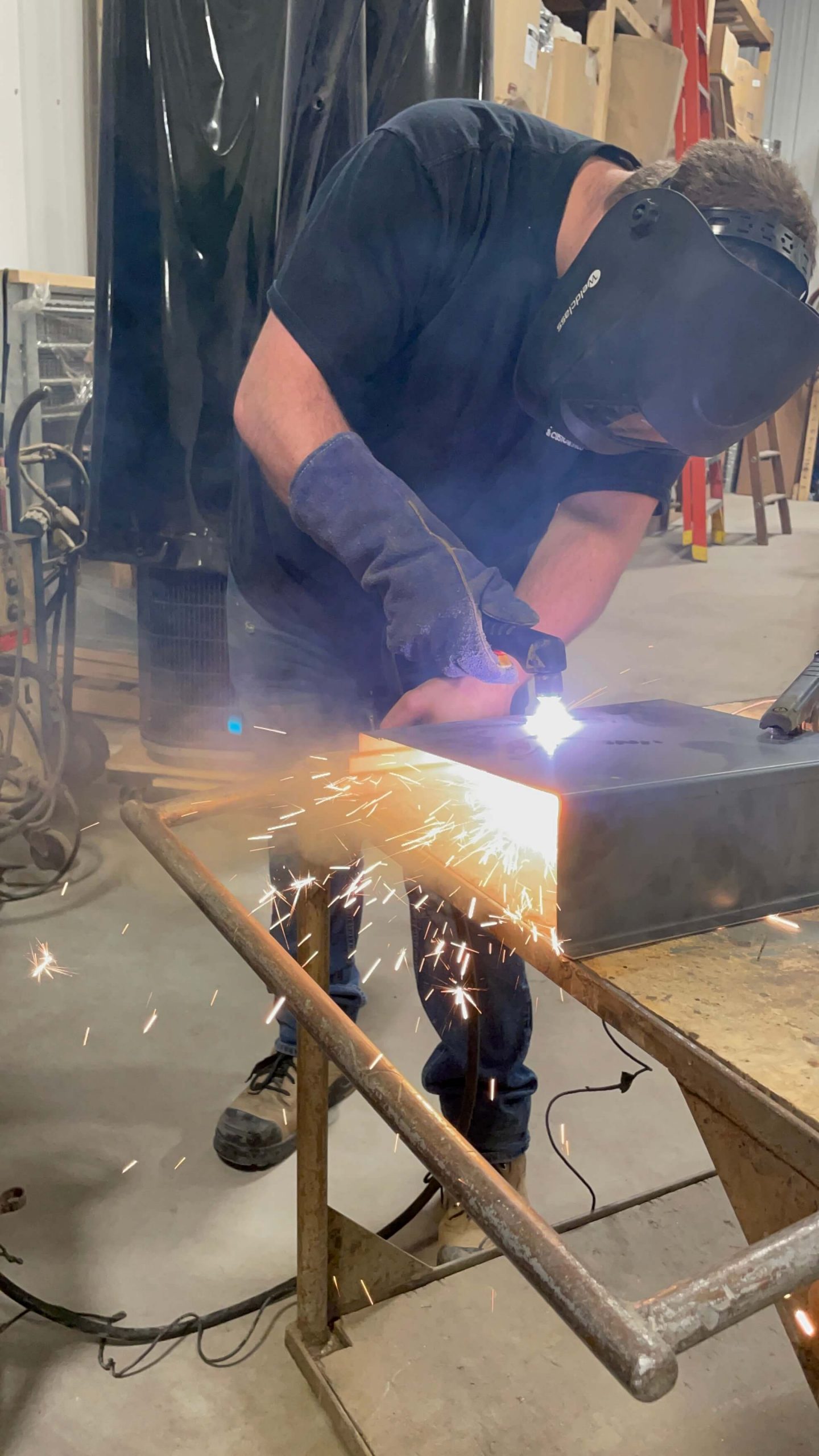 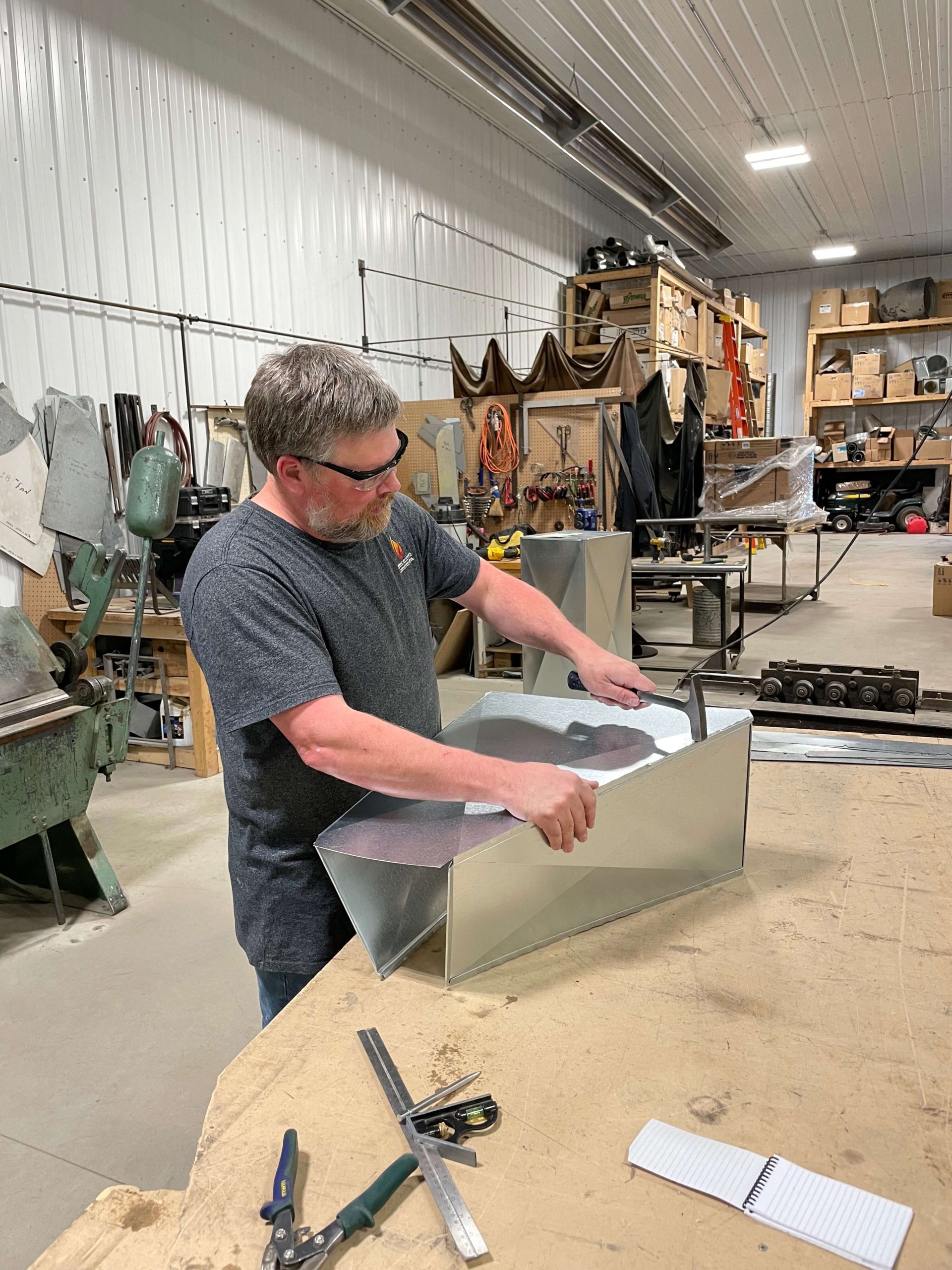 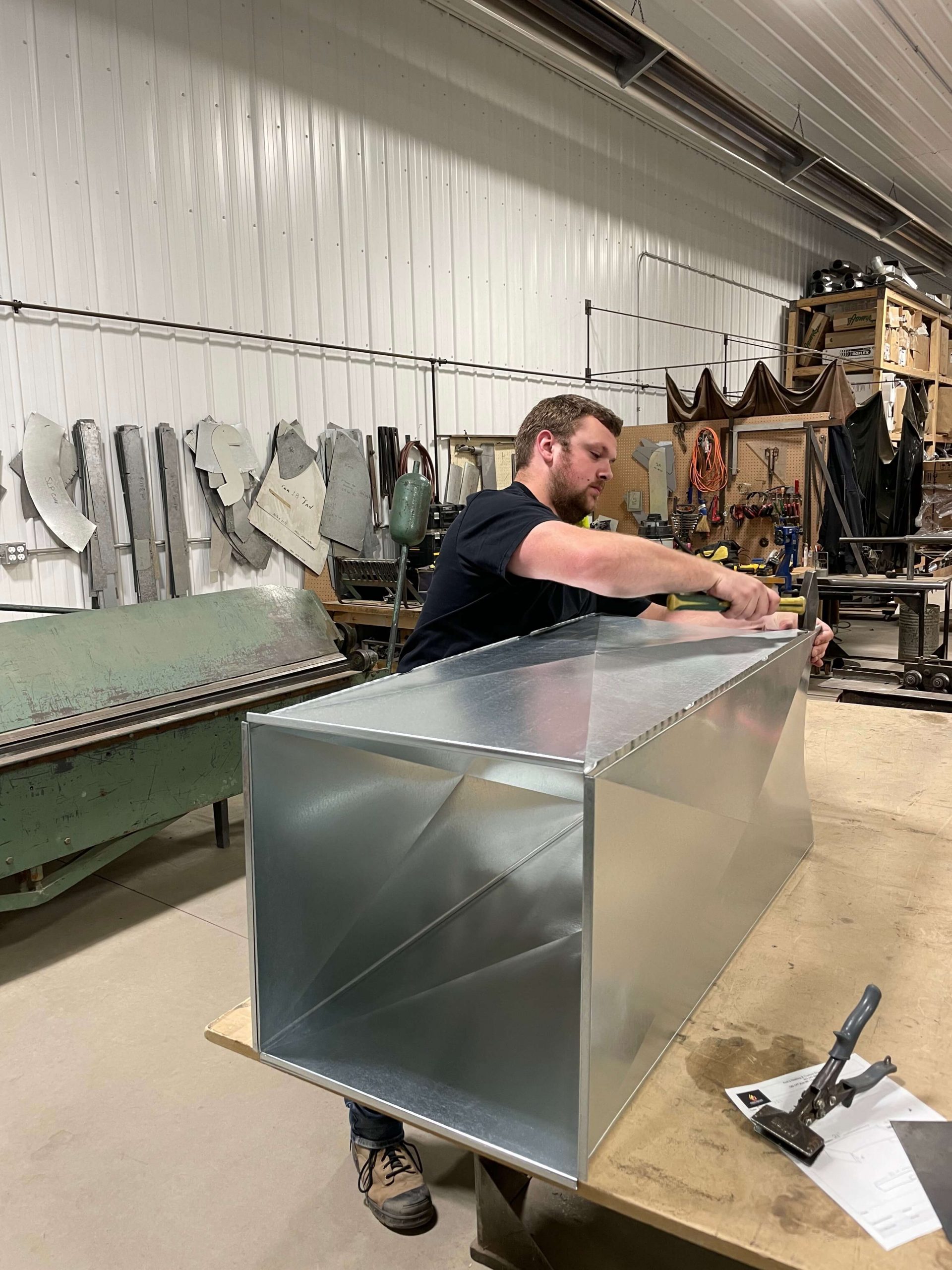 The average life of a furnace is 15 to 30 years, but keep in mind that annual furnace maintenance is key to the longevity of your unit and its parts. Common signs that your furnace needs to be replaced include the actual age of your system, whether parts are still available and worth the cost of replacing, rising energy bills, cracked heat exchangers or a size that is no longer equipped to heat your home. Kirk’s Heating is here to help and can give you an honest system assessment. The good news is, replacing your furnace can add value to your home when it comes time to sell. Contact us today for a FREE consultation. Learn more about our heating services.

Every project is different and costs will vary depending on your specific needs. The value in a new high-efficiency furnace can be high, with cost savings and air quality improvements that are priceless. We’d love to provide our expertise and guide you through your project. No project is too big or too small! Contact us today for a FREE consultation or project estimate. Check out our products to see a full list of the heating products we offer.

Every air conditioning project is different and costs will vary depending on your specific requirements. Our specialists will give you sound advice and direction, ensuring you get the right system for your needs. Contact us today for a FREE consultation or project estimate. Learn more about our cooling services.

Every project is different and costs will vary depending on your specific needs. Whatever your needs, we can guide you through the process. Contact us today for a FREE consultation or project estimate. Check out our products to see a full list of the fireplace products we offer.

We do not provide plumbing services, but our team can point you in the right direction. Contact us today!

We do not service boilers or in-floor heating, but our specialists can help send you in the right direction. Contact us today!